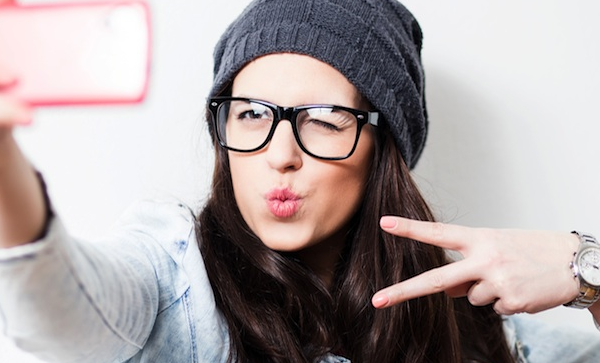 According to a research done by the TIME Magazine… Makati City, which is one of the cities that make up Metro Manila, apparently produces more self portraits per capita than any other city in the world.  Time magazine examined hundreds of thousands of selfies and found the city has 258 self-proclaimed selfie takers per every 100,000 people. So apparently Makati Philippines has the most self absorbed i mean selfies in the world.  I thought a lot about this statistic and wonder what this means to this part of the pinoy population.   Wikipedia defines a “selfie” as a type of self-portrait photograph, typically taken with a hand-held digital camera or camera phone and is more often associated with social networking.  So I wonder if this “selfie” fame brings a positive or a negative image to the Filipinos not only in the Philippines but also worldwide.  A question to ask is If we should be proud or be slightly embarrassed and worried. I honestly don’t know how I feel, how about you ?

So I went to dissect the situation by looking at the effects this has within the Pinoy community at home and abroad.  First I want to look at the facts:  even though the Philippine economy and the market has been on a really upward trajectory, Philippines is indeed still a third world country not only against the western world but even among our Asian neighbors (Japan, Malaysia, Singapore, Thailand, Indonesia and etc).  But instead of being known for positive productive accomplishment such as innovation or healthcare, instead we are known for people that like to take a pic of themselves in the mirror while making a funny face.  Is this the best we have to offer? I honestly don’t know if that is something to be proud about.

A good way to look at this situation is to look at all the variables it entails.  So lets look a little bit about ROI or return of investment, and what the positives that can come out from all this.  One, this can mean that either people in Makati are so damn gorgeous that the camera lens just love them so much or that they are just too self absorbed and vain that they just love take pictures of their own faces all day.   Lets face it, plenty of the Filipinos have plenty of “free” time and due to this extra time there is a high tendency for population of all ages to get easily bored…hence why Filipinos are also the number one users of Facebook in all of Asia.  I remember growing up in the Philippines and my uncles and older cousin s just staying in the corner sari sari store hanging out with the buddies and drinking some of that red horse, with no care or concern in the world.  They say time is money yet Filipinos have plenty of time but NO money.  Maybe a lot of Filipinos have plenty of time to spare but if we can only get one peso for each selfie, Makati and the Philippines would be the richest town in the World.

I think this can also be a sign for a little bit of hunger for attention.  It is true that YouTube never runs out of talented amateur Filipino artist and singers.  But for an average untalented pinoy with no talent at all, one of the best ways to get some of that much needed attention and feeding of the ego is through “selfies.”  The thing I notice about the Filipino culture is that we are very obsessed with the Hollywood and the Western culture.  All these bello products and skin whitening stuff goes to show you how vain we are as a country.  I asked myself this question a lot of whether or not we are a society that is “self absorbed.”   I grew up in an era I which my mother could not even buy and afford school supplies for me.  Obviously growing up, facebook was non existent nor did I ever have a chance to own even a a desktop computer or a cellphone.  But times have change and maybe I am just getting too old for all this, let me take a break and take myself a selfie.  Adios  : )

PLEASE LET ME KNOW WHAT YOU THINK BY COMMENTING BELOW AND SHARING ON FACEBOOK.  THANK YOU